A yearly conference held in Montgomery, Alabama bringing Airmen together to talk about technology & common problems that they face day to day.

Create the cover graphic for the MITS conference

The US Air Force is a big client to Isobar & so each year Isobar would design the cover & other collateral for this conference. This years conference was centered around a short book "Who Moved My Cheese?".

After reading over the book & watching a few YouTube videos, everything was animated & cartoony. Originally I had presented other more conventional solutions, but surprisingly the one that stuck was a concept that had been inspired by comic books.

Early concepts followed the original illustration style from late 1990's cartoon. It was obvious in the first iterations that sparse landscapes & the childlike cartoon style wasn't resonating with the General who was in charge of summit.

I was really on a big Jack Kirby kick when drawing this, & spent a lot of time looking at Golden Age comics for inspiration. In the video's they always allude to some outside force who would move the mice's cheese.

Playing with this unseen antagonist created a stronger relationship between the mice & at first glance more visual interest to their booklet. A real villain, & the mice were caught up in his maze & games. 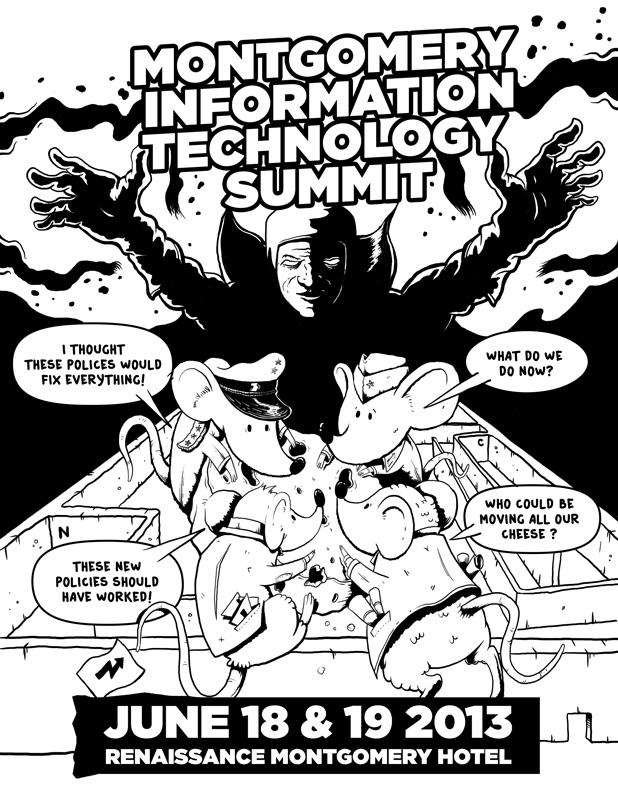 The evil figure was a bit to ominous for their liking. They actually quite liked him but the tone wasn't quite right.

From there I explored a giant hand with super powers, hiding the figure all together, but suggesting there was someone behind all this cheese moving.

I started to explore more typography & refine the overall layout as I received the final copy. 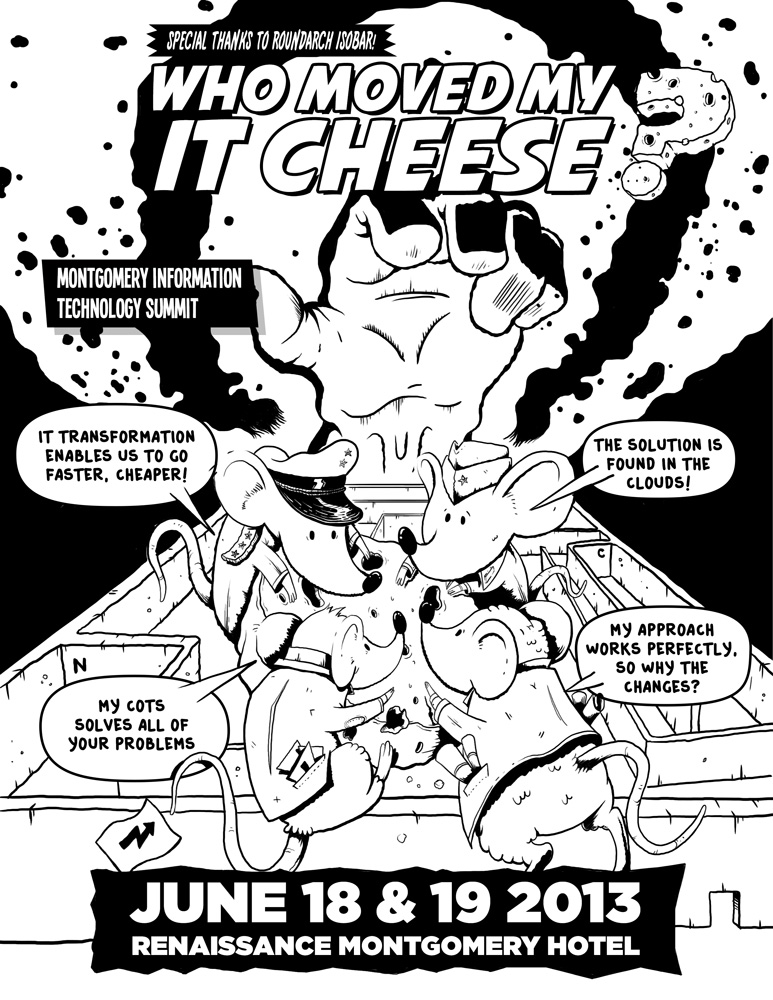 We finally landed on a shadowy figure, lurking in the background,. The mice still continue to struggle to hold on to their cheese as the bicker amongst themselves how best to deal with this moving cheese problem. 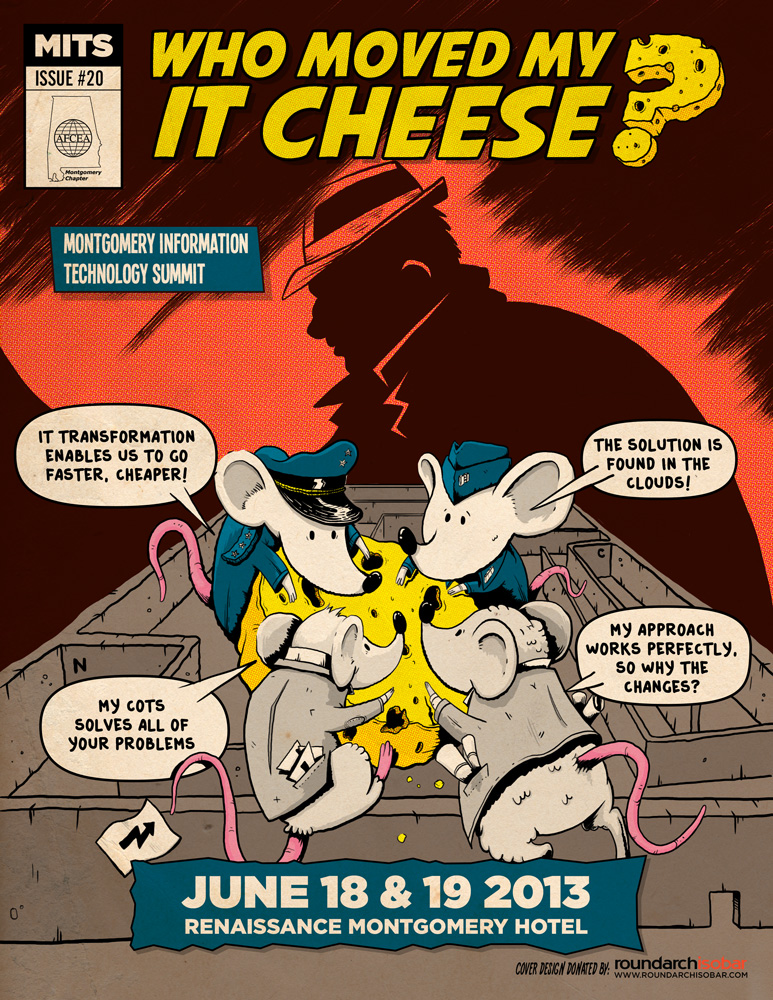